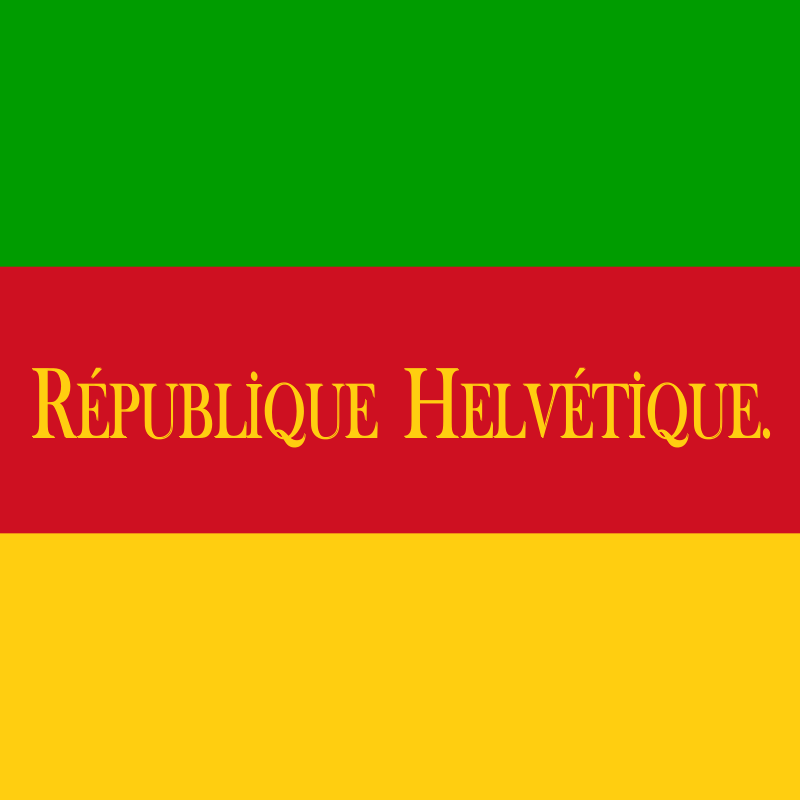 In 1798, the invasion of Switzerland by France gave birth to the Helvetic Republic and a new national flag was introduced on February 13, 1799.

The colors chosen were the green of the revolutionaries as well as the red and yellow representing the first cantons of Switzerland, namely Schwyz and Unterwalden (for the red) and Uri (for the yellow).

This revolutionary tricolor disappeared at the same time as the unitary system of the Helvetic Republic on February 19, 1803.